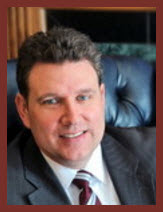 Attorney Hoeft was born and raised in the City of Port Washington and is a life-long resident of Ozaukee County.  He is married with three children, is a little league baseball coach and is a dedicated scouts den leader.  During his free time, he enjoys playing golf, hunting and going on nature hikes with his family.